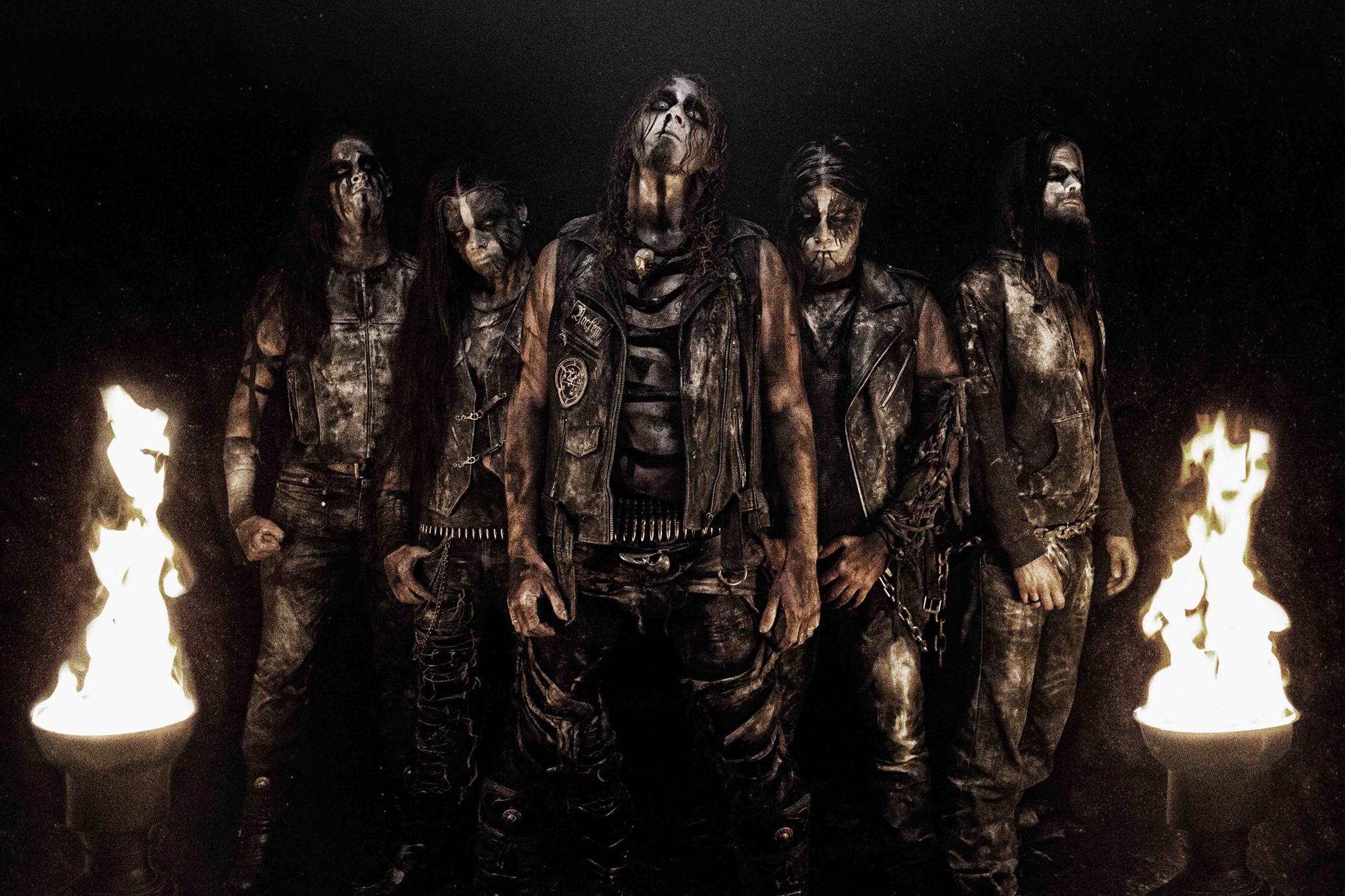 NOCTEM starts as Extreme Metal act in April 2001 but its real project as a Blackened Death Metal combo starts in 2007 with its last change of line-up and new musical definition.

In 2002 Noctem records the first demo “Unholy blood” which was commercialized for 2 years. After several line-up changes the band continues its way performing in national shows and composing new tracks, totally immersed in the seek of a more personal music style. The band commercializes their live mcd, entitled “Live 2004” (self- produced and recorded at their natal city) for two years.

Noctem takes a break in 2005 and after different line-up changes a restructure takes place in their formation.

In 2007 it’s time for the release of the last MCD, entitled “God Among Slaves”. This opus received an outstanding success from the online specialized press and metalheads. Noctem, composed by its new members, fulfills different tours through their country. In July 2008 the band signs with Noisehead Records (Austria) and carries out the “Noctem European Tour 08” where the band performs through different countries: Spain, Portugal, France, Andorra, UK, Belgium and Italy.

In January 2009 Noctem enters the studio to record their debut LP “Divinity” at Vienna (At) which counts with the collaborations of Christos Antoniou (Septic flesh and Chaos star) and Leal (ex-Forever Slave). The album was released in April 2009 through Noisehead Records in Europe and in May 2009 started being distributed through RELAPSE RECORDS in USA. Few months after the release of the album Noctem figures in the nº18 of the top 20 of spanish artists record sales in 2009, 310 & 313 HEAVY ROCK Magazine issues (Sp).

Noctem performs in different presentations of the album “Divinity” being included in festivals and several tours, like the ones at Spain or Portugal in 2009, sharing stage with headliners such as Malevolent Creation (USA), Vomitory (Sweden) and Napalm Death.

After a few shows at Spain, and the recording process of the third and most ambitious video extracted from “Divinity”, in May 2010 the band is included in the “Collectors of the King Tour “, supporting Ragnarok (Norway) through Europe: Austria, Germany, Poland, Belgium and The Netherlands.

In September 2010, the third video extracted from “Divinity”, entitled with the same name, was worldwide released; Including the collaboration of Christos Antoniou (Septic Flesh) in the orchestral arrangements and a team formed by more than 80 members. In November 2010 the band tours Europe for the third time in the same year presenting their album with Gorgoroth (Nor) and Cavus (Fin), also sharing stages with bands such as Finntroll (Fin) and CarachAngren (Nl).

In February 2011, the band starts the recording sessions in the Ultrasound Studios 2 at Moita (Portugal), counting with Daniel Cardoso (Anathema) as producer, for their new and second album of studio, foreseen for 2011. In march of 2011 the band announces their signing with the record label Rising Records for the European release of their new album: “Oblivion”. The album was released in Spain in April 2011 and in Europe in June 2011 and licensed in USA through Metal Blade Records in October 2011. “Oblivion” received an outstanding feedback in Europe and North America.

The “Oblivion Spanish Tour 2011” started in the end of April and Noctem performed at the national stages during May, June, August and the end of September. In summer 2011 and after receiving a great response from the international specialized metal press and fans, Noctem announced their appearance in the “Lux Mundi Europe Tour″, where the band shared stage with international well known acts as Samael, Melechesh and Keep of Kalessin.

In september of the same year Noctem is included as special guest in the Serpent Sermon Tour through Europe, sharing stage with Marduk and Immolation and in December 2012 Noctem will join Enthroned, Forgotten Tomb and Impiety on tour through Europe in the Obsidium European Campaign.

In september of the same year Noctem is included as special guest in the “Serpent Sermon Tour “through Europe, sharing stage with Marduk and Immolation and in December 2012 Noctem joins Enthroned, Forgotten Tomb and Impiety on tour through Europe in the “Obsidium European Campaign”. During 2013 the band take a break to compose, record and release his new album Exilium, without doubt the best opus of the band, produced and mastered by Daniel Cardoso (Anathema). In 2014 Exilium was released through Prosthetic Records and Art Gates Records. In the same year Noctem announces a double European tour presenting Exilium in central Europe with bands like Coprolith, Taake, Slegest and Aeternus.

In summer 2014 Noctem signs with Prosthetic Records, releasing Exilium in America and Australia 16.sept. 2014. In October the band is included in the new European tour of Taake and Valkyrja through Europe, organized by Massive Music.

In December, Exilium is released in Asia by Mort Productions, in March 2015 the band made its first Asian tour, the “Exilium Asian Assault.”

In May 2015 the band hits again Europe, this time with Infest from Serbia, touring central Europe in the “Black Wings Of War Tour”.

During the last part of the composition process of their upcoming album, Noctem toured for last time presenting their album Exilium. This time with the german Black Metal legend.

Noctem released his new álbum Haeresis on 30.9.2016 throught Porsthetic Records world wide. The band receives one more time a great support from the speciallized media and the metalheads. After presenting the álbum in Spain in October with Negura Bunget, this time the band tour Europe with the Polish band Hate.

In 2017 Noctem is currently presenting his new album Haeresis worldwide.

-twoguysmetalreviews.com: “Noctem is the kind of band who show the incredible depth and magic of the Prosthetic roster.” “I think what I love about Haeresis is that it shows us a window into what the future of extreme music could be.”

-rockinspain.es: “His new álbum is an masterpiece of extreme music and black metal.”

-nocleansinging.com: “On Haeresis Noctem find one formula that works for them and largely stick to that one for most of the album, wringing all the life out of it they can, performing multiple permutations on the hellfire blast-assault, making Haeresis a near forty-five-minute abrasive assault.”

-vampster.com: “Haeresis knows how to please, but there are some really good tracks there. Compared to the genre pioneers, however, there is still a small piece of enthusiasm.”